Empty
On October 1, 1949, the People's Republic of China was founded, indicating that the Chinese nation was liberated and independent and had begun a historical approach to socialist modernization.

On October 1, 1949, the People's Republic of China was founded, indicating that the Chinese nation was liberated and independent and had begun a historical approach to socialist modernization.
The New China has been exploring its route to socialist modernization through the construction of democracy and legal systems in the political field, economic system reform, participation in international competition and cooperation, and maintenance of world peace and stability.
Political Construction of New China
Since its foundation, New China has dedicated itself to building a political system that is suitable for practical conditions. The political system is comprised of the people's congress system with the principle of democratic centralism, multi-party cooperation and political consultation under the leadership of the Communist Party of China (CPC), and the system of regional autonomy of ethnic minorities with ethnic groups as their own administrators.
The people's congress system is the fundamental political system of China. According to the Constitution of the People's Republic of China, the power of the nation belongs to the people. The National People's Congress and the lo-cal people's congresses at various levels are the organs through which people exercise state power. Local people's congresses at various levels are constituted through democratic elections. They are responsible to the people and subject to their supervision. The National People's Congress is the supreme organ of state power. It is entitled to amend the Constitution, enact laws, elect national leaders, approve national economic development plans and determine war and peace.
The system of multi-party cooperation and political negotiation under the leadership of the CPC is characteristic of modern China. The first constitution of New China formulated in 1954 stipulated the ruling party status of the CPC and the right of participation in the management of state affairs. In 1982, the CPC once again proposed its principle on democratic parties, namely "long-term coexistence, mutual supervision, sincere treatment of each other and the sharing of weal or woe." The system of multi-party cooperation and political negotiation was further enhanced.
The system of regional autonomy of ethnic minorities is adapted to the basic national conditions of a unified multiethnic country. China has 56 ethnic groups, and Han people account for more than 90 percent of the gross population. Over the years, people from various ethnic groups have come to inhabit some areas together, and some ethnic groups are centralized in some areas. Regional autonomy of ethnic groups is under the unified leadership of the state.
Hong Kong and Macao's Returns to Motherland 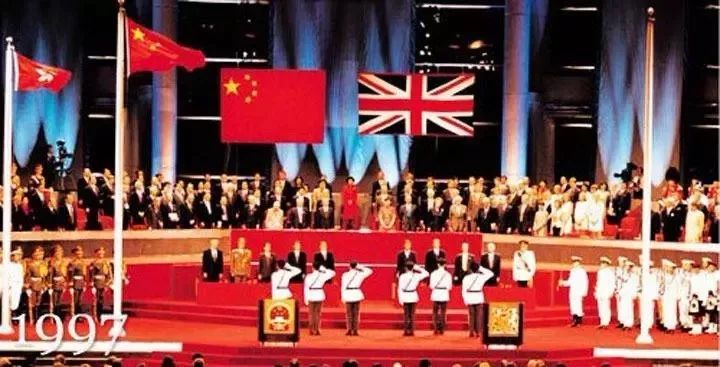 Hong Kong and Macao have long been part of the Chinese territory since ancient times. Hong Kong was occupied by the United Kingdom after the Opium War; Macao was occupied by Portugal step by step after the mid 16thcentury.
The Chinese government put forward the policy of "One Country, Two Systems" to solve the Hong Kong and Macao issues left over by history. In December 1984, the Chinese and British governments signed The Joint Declaration on the Future of Hong Kong. In April 1987, the Chinese and Portuguese governments signed The Sino-Portuguese Joint Declaration on the Question of Macao.
The Chinese government resumed its exercise of sovereignty over Hong Kong on July 1, 1997, and Macao on December 20, 1999. On the days when Hong Kong and Macao returned, special administrative regions were established, respectively, and the policies of "Hong Kong people ad-ministering Hong Kong," "Macao people administering Macao" and "a high degree of autonomy" have been implemented since then and aims at equality of each ethnic group and national unity. Regional autonomy is implemented in some areas inhabited by ethnic people, and autonomous governments are established to exercise the right to autonomy. At present, China has five provincial-level autonomous regions and more than 100 autonomous prefectures and counties.
Since the 1980s, China has intensified its policy of political reform and the reform of democracy and legal system. In1999, the tenet of "governing the country according to law" was added to the Constitution, which was a milestone marking China's entry into a new historical stage of building a law-based society.