Empty
During the Ming and Qing dynasties in China, the historical development of the world experienced significant changes. 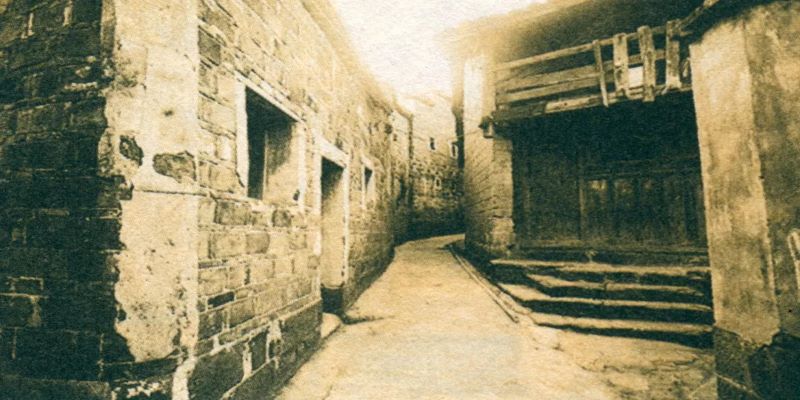 During the Ming and Qing dynasties in China, the historical development of the world experienced significant changes.
Modern industrial civilization in European countries
One after another, the main European countries completed the leap from early capitalism to realization of capitalist class revolution and industrial revolution and embarked on the road to modern industrial civilization. The Chinese empire reached a new height in agricultural civilization and some changes from the traditional mode emerged in the social economy, and intellectual and cultural circles, with a tendency toward industrial civilization. However, when the British capitalist revolution happened, China was mired in peasant wars at the end of the Ming Dynasty before the Qing entered the Shanhaiguan Pass. Since then, the Ming Dynasty entered a track completely different from that of the western countries. In western countries, commercial economy replaced the natural economy, the industrial production replaced handicrafts workshops, state power marked by law replaced the privilege of kings and nobles, reasoning broke the hold of divinity over human minds that had continued since the Middle Ages, and science overcame ignorance. The industrial revolution helped the western bourgeoisie "create more massive and more colossal productive forces than those created by all preceding generations together."But the Qing monarchs, even during the prosperous era of emperors Kangxi and Qianlong, knew nothing about the historic transformation caused by the spread of industrial civilization, causing the country to go to the brink of its deepest crisis. The period was the watershed moment when China changed from being a leading world power to a backward country.
The economic structure in the Ming and Qing dynasties
During the Ming and Qing dynasties, the economic structure characterized by a combination of farming and weaving and self-sufficiency still took a dominant role throughout the country, but civil handicraft and commercial sectors gained a strong momentum. Since the late Ming Dynasty, the social values and morality have changed to be money-and benefit-oriented. The businessmen who had been despised previously were granted a very high social status and claimed "ordinary citizens were the group of people with the moralist conduct." Even Emperor Yongzheng also sighed by saying that, "I feel it ridiculous that businessmen top all the professionals and the scholars, on the contrary, were located in the lowest position." Correspondingly, the proposals like "handicraft and commerce jointly constitute the foundation of society" and "the rich are those the whole state depends upon" were put forward in the civil society. However, the rulers of the Qing Dynasty believed that "one more person engaged in commercial business would reduce one peasant working in the farmland," and thus insisted on implementing the policies of "encouraging all the peasants to commit themselves to farming" and "making both labor and land exhausted." That kind of highly-intensive operation mode, which confined vast numbers of excessive labor to limited farm land, significantly dampened the impetus of scientific innovation. Long-term existence of the family production structure featuring "man tills and women weaves" also hindered the expansion of handicraft development, froze and consolidated the natural agricultural economy.
The rulers of the Qing Dynasty considered that "mining is bound to result in the gathering of people, which would further lead to turbulence." Therefore, they issued orders forbidding mining on multiple occasions, and imposed redundant and heavy commercial taxes on the activities of businessmen and owners of workshops. Under the policy, the businessmen and workshop owners could not enlarge production by capital accumulation and forced some commercial capital to land exploitation. That constrained the new production relationship effect and reform of large-scale industrialization.
While practical study prevailed and the western learning gradually flowed into the east, the court of the Qing Dynasty still kept the pragmatic knowledge about science and technology outside, continued its system of official selection through stereotyped writing, constrained the public minds with Neo-Confucianism and vigorously launched the literary inquisitions. This made it difficult for modern elements in political and ideological fields to develop. Instead of using uniform, standardized and efficient educational selection mechanisms to push for industrialization and social transformation, the Qing Dynasty went against the social trend, stubbornly replicating old bureaucratic and legal systems and seriously hindering the process of modernization.